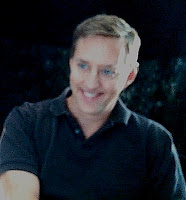 If there is a film that is going to be new and innovative regarding the Civil War or battle of Gettysburg, chances are its director is going to be Robert Child, the man behind Gettysburg: The Boys in Blue & Gray, Gettysburg: Three Days of Destiny, and the very popular Lincoln and Lee at Antietam: The Cost of Freedom. When I interviewed him two years ago, he hinted at what possibly might be coming for the 150th anniversary of Gettysburg, which he will be tasked with directing and producing the official commemorative film for, titled, Gettysburg: Final Measure of Devotion, which I guess you could say will act as the capstone to his unofficial Gettysburg documentary trilogy. The actual film itself is slated to be released on Remembrance Day in November, on Blu-Ray and DVD. There is also plans of a broadcast on PBS next year, in addition to it hitting local theaters in the fall.

However, what people are really excited about (or what they should be, considering most of you will be finding out about this here) is a planned live broadcast of the Pickett’s Charge portion of the reenactment, this July 7. It is being dubbed the “Battle Cast”, and this will be the first time ever that something like this is taking place. For people that cannot make it to the reenactment, they will actually be able to purchase a pay per view pass and watch the massive battle from the comfort of their own homes. There will not be just wide angles for filming, but some “hidden” placements in the rows of troops, elaborated on below. It truly is going to be a piece of history, right along with the reenactment, which looks to be the largest event near that town since the battle itself, 150 years ago. I spoke to Robert about all of this yesterday, and conducted the interview below, so that you too can become excited as I am!

GC: How did you get involved with both coordinating components of the reenactment as well as producing the film that goes with it?

RC: I am not really involved with components of the reenactment itself. The Gettysburg Anniversary Committee handles that and and they have done a fantastic job for 18 years. I am just the media or film production arm and the Pay Per View component. I had done the film for the 140th reenactment 10 years ago and I really felt we needed a “wow” factor with the film and doing a live streaming of the Pickett’s Charge battle that can be viewed around the world fits that bill. You have to do something bold for the 150th anniversary and the PPV is certainly BOLD with capital letters.

GC: The event is less than three months away. What else needs to be done in order for production to be ready by the first week of July?

RC: As far as the production of the film, I have been doing the writing and crafting the storyline and also engaging vendors for camera gear and hiring technical personnel. It is an ongoing task that won’t stop until the first week of July. I just spent several days crafting the new promo which is being unveiled today (April 11th). It is my attempt to get people pumped to come to the event and to watch the PPV.

3) What is going to be the most difficult part of this venture? Has something like the Pickett’s Charge “Battlecast” ever been done before?

RC: The Pickett’s Charge Live Webcast is the most difficult part but I have hired on a company, D2 Productions, in Boston, that are one of the preeminent live webcasting companies in the country. It helps that a friend of more than 20 years, Dave Walzer, co-owns the company. Dave and I used to work closely together in the early 1990’s in Boston at the Monitor Channel (owned by the Christian Science Monitor). We worked in a studio that was the first of it’s kind which used a monitor wall which we had to program to fire automatically and we were always live. So Dave and I are used to being on the cutting edge in live situations. It gets your adrenaline going but we are both calm guys so we will  have fun as well. Nothing like the Gettysburg Battlecast (Pickett’s Charge Live) has ever been done before. I even had to come up with the name “Battlecast” and I get tired of seeing it always highlighted in my spell check (laughs).  The main reenactment field is perhaps more than 1000 meters across. It is a massive area to cover and it has been a challenge in the technical planning. People wouldn’t stand for watching all wide shots of the battle so we have several wireless cameras embedded with the troops and we have just started discussing ground breaking angles with miniature cameras like Go Pro Hero 3. My idea which I think we will do is the “Flag Cam”. We can mount a Go Pro on a say a color guard on the Confederate side and get a high angle of the the advance to the stone wall and no one would ever know the camera was there. ( I guess they do now). But I like to do things like that that people wonder “how did they do that?”. And no, I don’t think anyone has ever done “Flag Cam” before. I think I’ve made up another new word. (laughs)

GC: What should people expect from the 150th anniversary events and film this year, whether they are attending or just trying to keep tabs from home?

RC: At the event itself it is going to be truly special because everyone knows this is the last big reenactment for Gettysburg perhaps in their lifetimes. So expect the organizers to go out of their way to make it memorable. I’m not giving away any secrets expect for “Flag Cam”. If they are watching from home, the web cast will start at 2:30pm, 30 minutes before the start of the Pickett’s Charge Battle. I felt we needed a warm up or a pre-game if you will to pump folks up and bring them up to speed. This “pre-game” will be hosted by someone we haven’t chosen yet but who is good with live television. Once the battle starts, I plan to drop in sort of audio or visual markers for folks which convey what was happening at such and such time in the Confederate advance. As folks know, Pickett’s Charge on the Union side is a lot of waiting around and watching them come which isn’t compelling, but I got the idea to track the Confederate advance from one of the displays at the Gettysburg Visitor Center which break down in about 10 minute intervals what was happening in the charge. I think people will find it compelling…I hope.

GC: What is your film going to be like, and when can we expect it to be released?

RC: The film itself I have decided to do a narrative focus on Lincoln and his role as Commander-in-Chief of this battle. His decisions really shaped the outcome starting of course with replacing Hooker with Meade only three days before, and continuing with the angst he suffered at the close of the battle and the drama of his trying to get Meade to pursue Lee to literally in his words, “end the war”. I didn’t think this aspect of the battle had been explored and it is quite compelling material that puts you on the edge of your seat. I have enlisted the help of several preeminent Civil war historians who will appear on camera during the film, including, Allen Guelzo, the only two-time winner of the Lincoln Prize, Thomas Desjardin, an author and expert on the 20th Maine, Greg Urwin, an author and expert on Custer, and I am soon to film Scott Hartwig and he needs no introduction. Also, I recently filmed Ron Maxwell whom I have known for years and he will appear on camera in the film. I basically wanted him to reflect on the 150th Anniversary and what it means for America and also the 20th anniversary of his film, Gettysburg, which introduced the battle to millions in a very exciting way. I thought folks would want to hear his thoughts and in his interview he was eloquent as always.

I would like to thank Rob for taking the time to conduct this interview, and I wish him the best of luck with production!