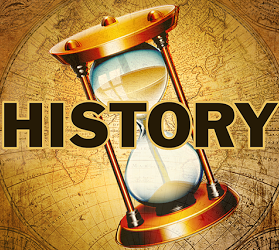 The other day, I concluded the first of a four-part lecture series on the American Civil War for Brookdale. We started with the causes of the war and ended right at the start of the Peninsula Campaign. When it was over, a few participants came up to me to chat. Mainly a greeting, maybe saying they enjoyed it, or shared a trip they took to a battlefield. But the last person waited until everyone was gone. She said she had a question. “I didn’t want to ask this earlier because you know how people get, but do you see any similarities between now and right before the Civil War began?” My short answer was yes. She was no doubt referring to a few slides I had covering the antebellum years of our history, regarding differences in society. We seem to forget that the lines were not just drawn between pro and anti slavery, but the differences in lifestyles and views aside from that were just too great. Part of me wanted to relate it to now, but it was the first class and, well, you know how people get.

This is something I have been contemplating for weeks as I see the people of this country in an uproar about one thing or another. As a lifelong student of the Civil War, I cannot help but make a comparison in terms of political climate. Some have likened what we see to Nazi Germany. Others to our very own Civil Rights Era of the 1960’s. But me? I see almost an identical political climate that swept the country in the years leading up to our greatest tragedy. The issues as a whole are different—it’s not a matter of slave state and free, or abolition, but rather how people treat one another.

We have always disagreed with each other throughout history, and will continue to do so until the end of time. But there is a difference between disagreement and defaming the person you disagree with. There is less and less intelligent discussion, debate, and compromising, and more anger, ignorance, and shouting down the people who do not believe what you do. This refusal to work together resulted in the American Civil War. Tensions between north and south had existed since 1776 and how to deal with slavery in a country whose Declaration of Independence read, “all men are created equal”. The main issue was slavery and what to do with it, but it was not the only thing tearing us apart.

There were tireless compromises. Two sides who could not bear to look at each other still sat down and worked together. Until they could not anymore. The aggressive, can’t-mind-your-own-business Yankees and the slow, backwards southerners couldn’t do it anymore. Politicians whipped the people into a frenzy. It was the beginning of us vs. them. Such a frenzy that eventually, there was no turning back and war was the only way. “We are a nation of compromisers,” the great historian Shelby Foote once noted, “but the Civil War is the example of when we did not compromise”. The result was more than 600,000 dead Americans and millions more wounded.

This is not to say we currently sit on the precipice of war. I do not think we are, and I would hope that would never happen again. But on the verge of violence? We could be. No matter how right or wrong people are, they can only take so much before they boil over and act. When compromising stops and we start having an us vs. them mentality is when we get into trouble. Thinking such allows us to dehumanize one another and makes fighting (with words or more violent means) much easier. We are no longer seeing them as someone just like us who we happen to disagree with. Instead, they are the enemy. Wars have been waged and genocides induced over us vs. them.

The hatred between conservatives and liberals is at a fever pitch, probably the highest it has been since the 1960’s when there was literally violence in the streets. We have not yet reached that point, but how long will it last? Peaceful protests are a constitutional right and a great part of our American democracy. How long can they remain peaceful, before someone on one side or the other does something stupid to encourage violence on a larger scale?

There is less sitting together and figuring out solutions and more of “I hate you. You’re an idiot” and “Our way is the only way”. There is more stereotyping of what your average conservative and average liberal should act and look like. We eliminate the gray area and compartmentalize everything to make the us vs. them mentality all the more easier to enact. Conservatives become old, angry, backwards racists stuck in time while liberals are snowflakes whose feelings get hurt too easily. Conservatives need to put down the bible, liberals need to get a job. The Internet has only gone on to make such generalizations even worse, with stupidity being available at your fingertips 24 hours a day.

But where is the compromise? Regardless of what side you are on, two wrongs do not make a right. There will come a time when any and all intelligent discussion will truly cease and the two sides will split even more severely than they are now. At that point, the only option will be forcing your will on others through violence. Both sides will be guilty. Blood will be on their hands.

It pains me that no one ever remembers or pays attention to history until it is too late. History is the least taught major subject in school in terms of class-time. When the school day needs to be trimmed, what is the first subject to get cut? How many roll their eyes when they hear the age-old idiom, “History repeats itself”? It has become cliché, but it is cliché because it is true. We’re not that unique. We’ve been here before. You can look beyond the brief history of the United States and pick any other civilization. You’ll find it there too. Different core issues, but same climate. We do not learn from it. When the chaos passes and settles down, after the damage is done, only then do we say how history repeated itself yet again.

Is prevention too much to ask for? Do we constantly need to put ourselves to the brink or over it before we realize what we have done? We are only on this earth for a short period of time—the blink of an eye in the everlasting scope of this universe. Can we not make the best of it? Can we not work together? Heed this warning. You may indeed roll your eyes at the suggestion as people have rolled their eyes throughout history. But it’s real and heading in that direction. It’s up to all of us—liberal and conservative, old and young, of every background and nationality—to learn from the past mistakes of our species and make sure something that destructive never happens again.

I’ll end with a quote from Martin Luther King Jr., “We must learn to live together as brothers or perish together as fools”. Such a suggestion should transcend any differences we may have amongst us. Work together. Have discussions. Tolerate opinions. Compromise. Make sure the “better angels of our nature”, as Lincoln said, win out in the end. We don’t have much of a choice if we want to survive.